My first experience with a Chinese brand was back in 2009 when I was looking to buy an ATV for my kids. I found a used Baja 90 on Kijiji for half the price of the brand name kids ATVs. Baja was a new brand carried by one of our large retail stores here in Canada called Canadian Tire and the Baja 90 was basically a Yamaha Raptor 80 clone.
I was skeptical of this unknown brand but I figured that if Canadian Tire sells them they must be good. My bad.
We got probably four good rides out of it until and was reasonably impressed with my purchase. That was until one day when  I was teaching my son how to cross a ditch, he approached it at an angle as I instructed him and when he came to the bottom the wheel snapped over in the other direction. I watched him struggle with the handle bars but they looked like they were stuck. Frustrated and figuring he was just too weak I got off my machine and attempted to turn them, I couldn't. This blew my mind becuase I saw how slow he was riding when this happened, it really defied logic to me that some was wrong with the machine. Eventually I put it on its side and with all my strength I tried to straighten the wheels but they would not budge from the full lock position they were in.
I ended up having to pull it out of the ditch while lifting the front end and dragging it to the road. I rode my machine home which thankfully wasn't that far away and drove back with the truck and loaded it up.
At home I tried a prybar still with no luck. I eventually pulled out my tools and pulled it apart to find that the tabs to prevent the wheels from turning too far had bent and gone over top of the bump stops essentially locking the wheels. I pulled it apart and bend the tabs back into place but when the handle bars were straight, the one wheel was slightly toed out but the other wheel was completely toed out. This meant there were more components bent.
So I called Canadian Tire and asked for their local Baja service center, after being on hold for a while they have me the name and number of a guy, not a company. Confused I called the number and spoke to the gentleman and described my problem. His first response to me was to ask how I got his number? I explained that I got it from Canadian Tire and they they told me that he was who they recommended for repairs. He thought that was rather humorous but sure he would take a look at it.
He pulled the front end apart and tried to bend some pieces back but said that these machines had such soft metal that even if he could get it perfect it would likely bend back the first time it got hit. It looked a lot better but was still toed out pretty bad. He priced out the components that would need replacing and told me that IF he was able to get them that with labor it would likely amount to the value of the quad.
The first ride afterwards revealed that it was basically unrideable, the toed out front wheels would grab and pull the quad to either side without warning.
The baja sat in the shed for a couple years before I finally sold it for parts for $100. 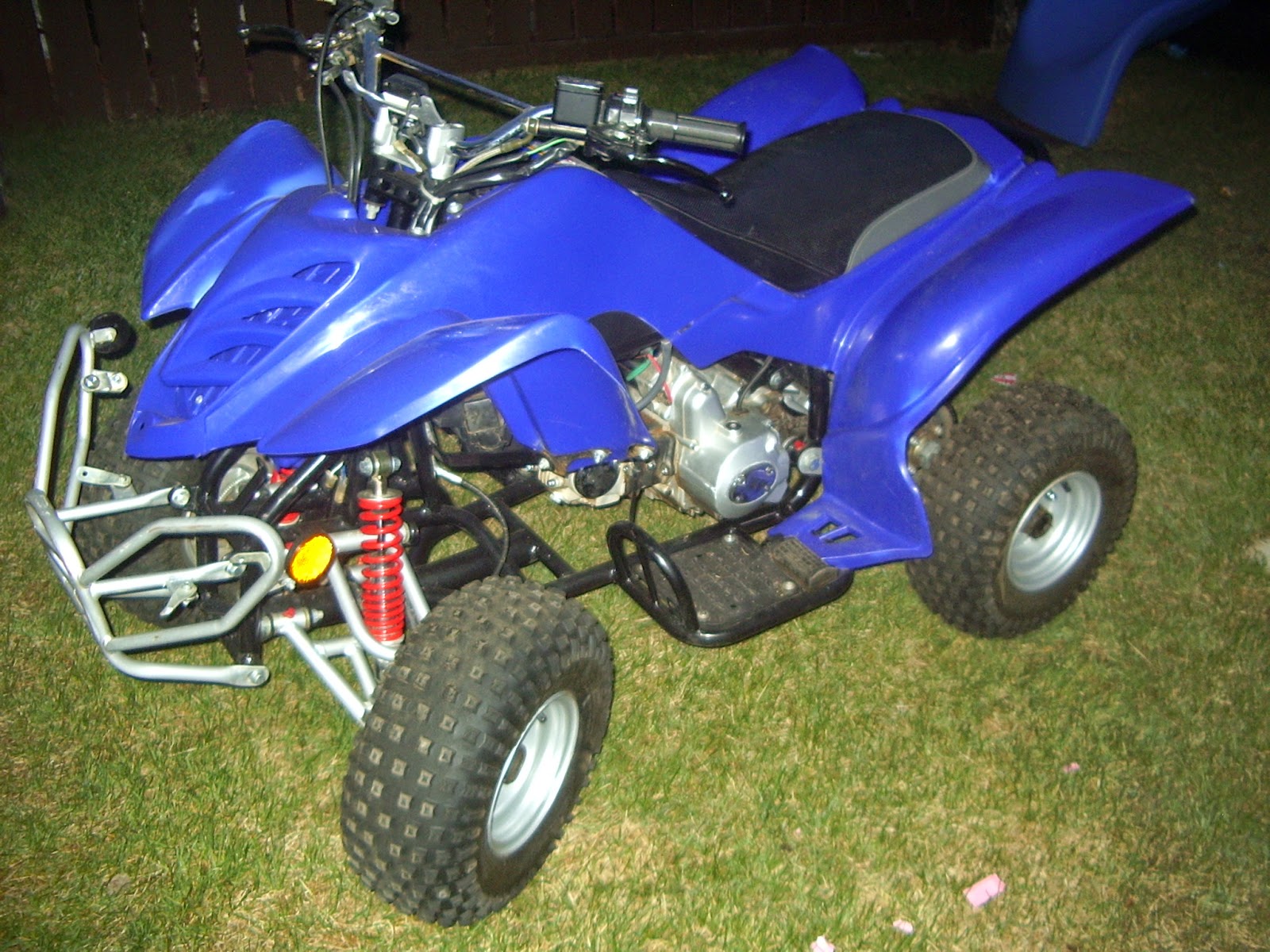 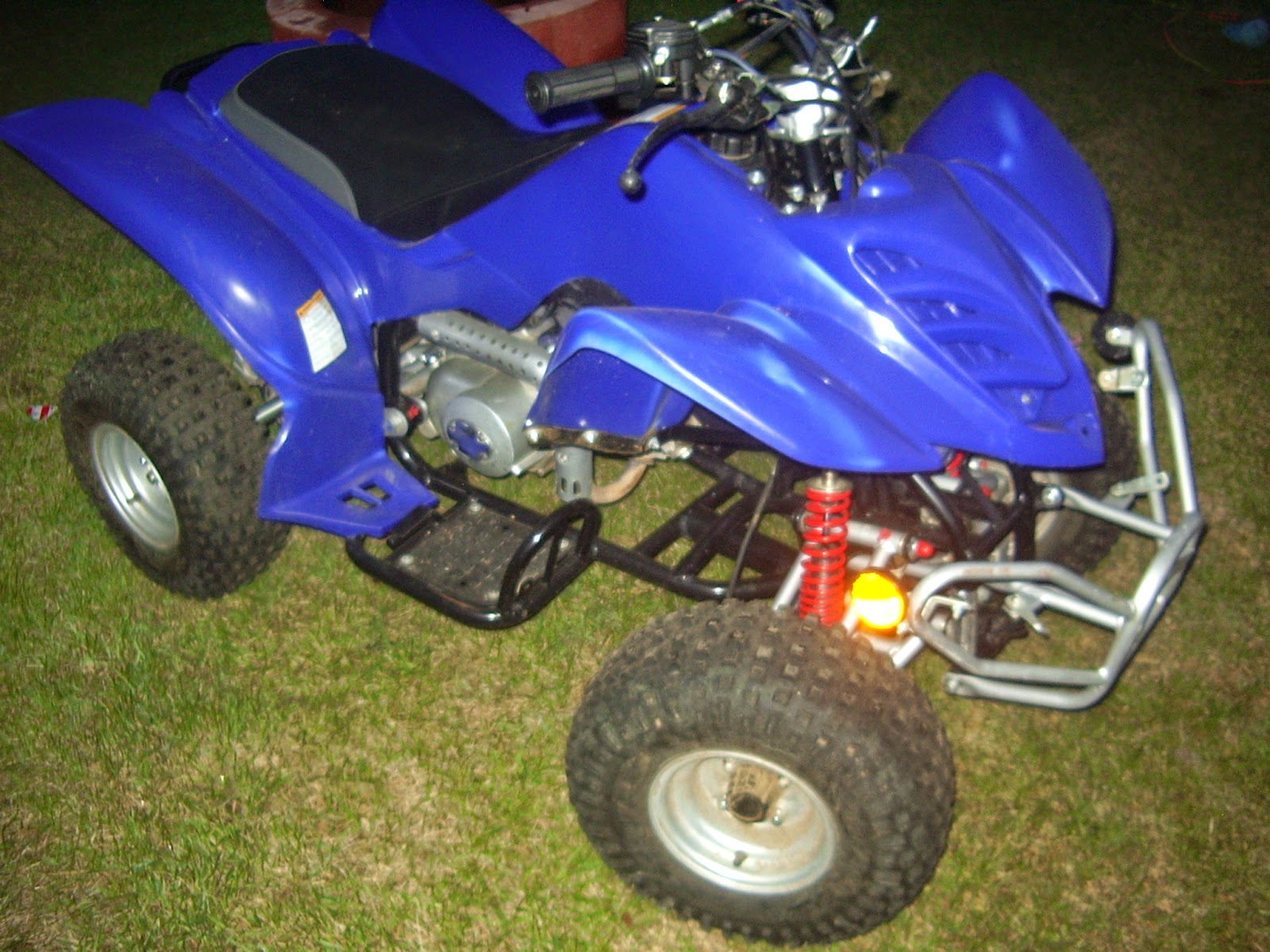 My son is now 15 and rides a full size machine. Last year we bought a Raptor 80 for my girls to experience ATVing for themselves. I'm sure I don't have to tell you that this machine is build like a tank and has had no issues and is all the machine that the Baja had hoped it would be. 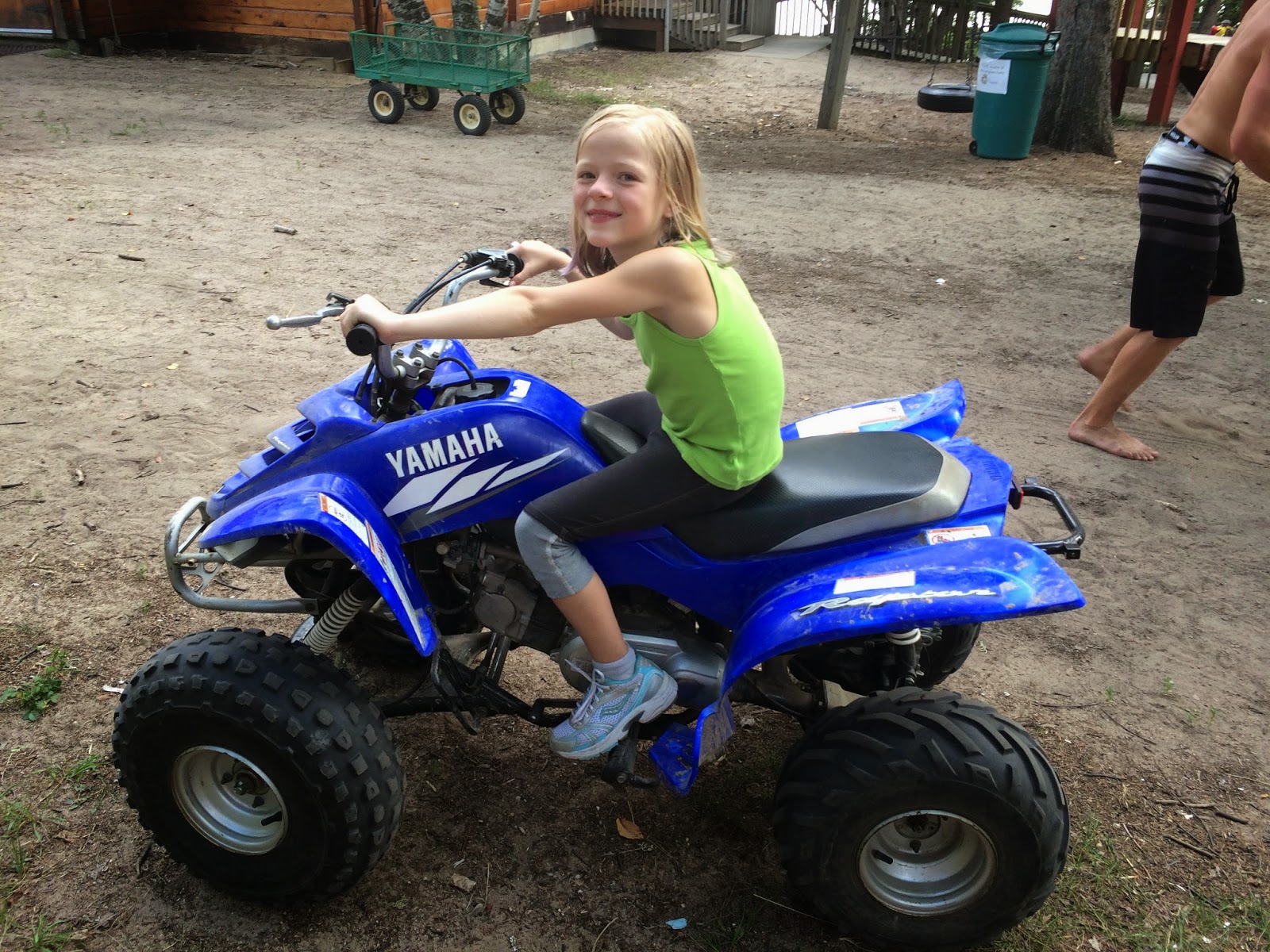