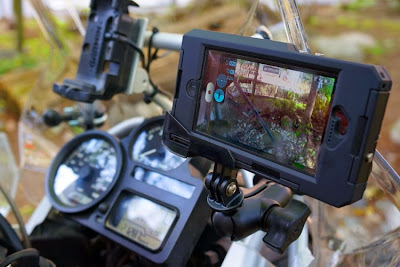 GoPro's are awesome, they are a purpose built camera and I don't think there is any replacement for something that does such a good job at what it is intended for. But, there are a group of people who would rather use their iPhone or Android device to record their videos. In my short time of doing videos I have found that having a GoPro on my helmet is bulky and find that it is constantly getting hit with branches which is usually followed up by me reaching about my head to ensure my expensive GoPro is still there. Imagine how much worse this would be with a big iPhone or worse yet, a Samsung Galaxy. Another issue with this is how to turn the video recording on and off while it is on top of your head, an issue GoPro has overcome with the remote that is included with the "Black" edition or you can purchase as an accessory. 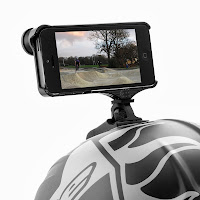 I personally have a GoPro so I am not looking for a case for this purpose. My discovery of the GPS app called EveryTrail for your smartphone (see earlier post for more details) and my excitement to use it on the trails this coming season, I started thinking about just how I would use it. Keep it in my pocket? Sure that will work but I would like to use the camera for snapping pictures of my favorite parts of the trail, I'll likely be wearing waterproof pants and wearing gloves. No, I want it accessible, preferably mounted on my handlebars. And that is what got me started searching for someway to mount my phone but also keep it safe.

There are many options on the market, but you have to know how to search for them. Googling the search terms "iphone case" gets you darn near a million hits. "waterproof iphone case" narrows it down a bit and "mountable waterproof case" gets you closer but it still didn't get me where I wanted. So I searched "can I turn my iphone into a Gopro?" and then I started seeing the results I wanted. Apparently another search term that could have helped would be "iphone action camera".

Waterproof is a very important feature for my use, although I do not plan on submerging the phone I will be getting into mud and don't doubt at all that I will at some point get a big mud plop right on my phone.

After many hours of research I managed to find one locally at London Drugs, it is called iMountz. Being that is was local (returnable) and the price was actually better than most I could order online I picked it up. I was hesitant as I wasn't able to find any actual reviews on it, it was obviously Chinese made and didn't have the look of quality I was looking for but what did I have to loose. As soon as I saw it in person I was pretty sure it was not going to work the way I had hoped. 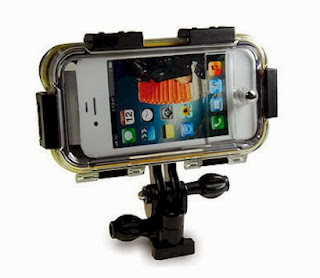 I took it back to London Drugs the next day and continued looking for another solution.

Otterbox and Lifeproof both make amazing products for everyday protection of your iPhone, so another though was to buy one of these cases and then use velcro or figure out someway to attach a removable clip. This is a viable option but two things kept me from going this driection:
The solution 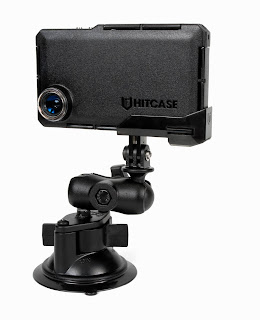 With more research I came across the Hitcase. This one looks to have it all, full access to the phone and all its functions other than charging or headphone jacks. Waterproof case, slide on mounting point, good price and the cherry on top, compatibility with all of my GoPro mounts. 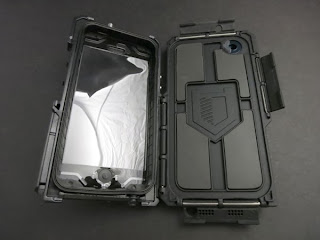 I was able to read many positive reviews with the only complaint being the bulkiness of the case which is something very difficult to overcome when you are making a waterproof and shockproof case to protect your sizable smartphone investment. The price was about the same as either the Otterbox or the Lifeproof as I opted to go with the Hitcase and not the Hitcase Pro. The only difference between the two is that the Pro comes with a fish-eye lens which would be handy if you were using this as an action camera.
I will do another review later this year when I get a chance to trail test this case.

Posted by Trail Rider at 8:35 AM No comments: 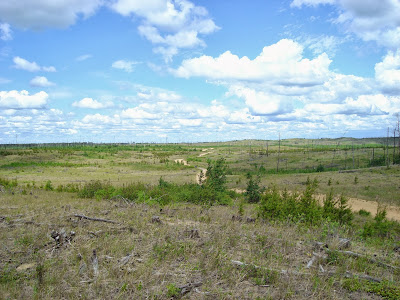 Located 50km North of Melfort, North East of Gronlid. There are many entrances into the forest, the one on the map is the one we used. 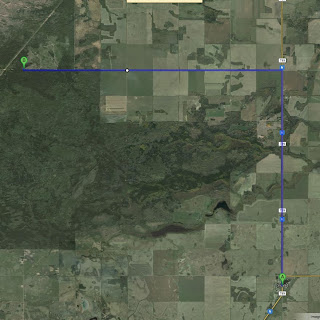 Tons & tons of trails all in a beautiful wooded area. Lots of wildlife, views of the river and small streams.

Some of the neat places of interest on these trails include

-The Sandberg Creek Rest Stop (located beside the river, gorgeous!) 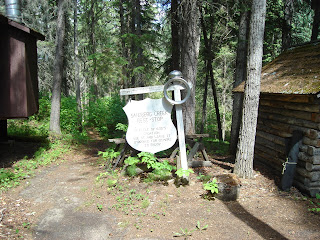 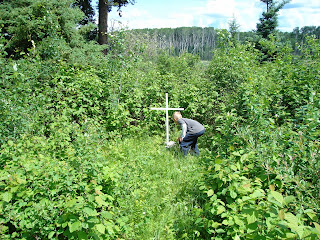 -Large areas of burned out forest 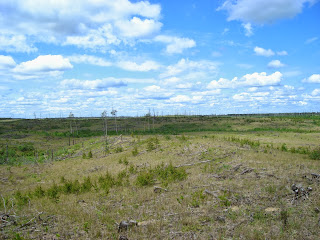 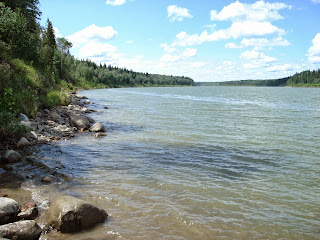 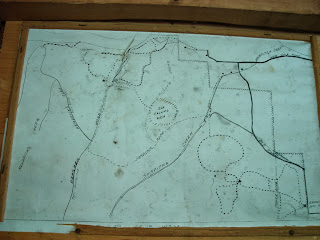 Update January 28, 2014 - I have created a GPS map to the Sandberg Creek Rest Stop from one of the forest entrances and uploaded it to EveryTrail, you can see it here.
Posted by Trail Rider at 11:51 AM 2 comments:

This is absolutley perfect!! I just found out about an iPhone app called Every Trail and got to see some examples on their website. I am so excited to try this out! It will track your trail movements and then plot them out on a Google Map that you can share with others. You can also post pictures along the way of particularly scenic spots. This is just what I have been looking for, you can check out the sad selection of Saskatchewan ATV trail maps they have posted on their website here.

Make sure you have this app with you this coming season and share your trails with us!

Posted by Trail Rider at 8:59 AM No comments:

In my attempt to gather information about Saskatchewan Trails I ran across this page by the Quad Corral. On this Page they list a number of places to ride and a brief description of each (although maps would be really nice too), I will be checking all of these out and hopefully posting more information soon. 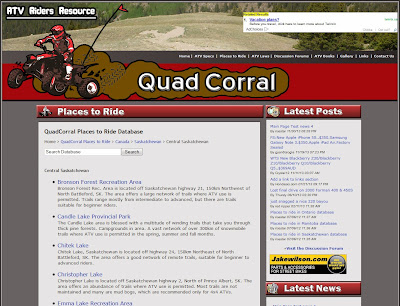 Posted by Trail Rider at 8:03 AM No comments: