If you've been reading this blog much you have probably figured out by now that I have become a big Can Am fan since purchasing my first Renegade in 2012. Comparatively speaking, Can-Am is still the new kid on the block in the ATV market even though its parent company (Bombardier) has been around since the 1940's. The innovations Can Am has brought to the market since 1998 are simply amazing, here is a brief overview of some.

I am adding my own commentary, but all of the information is from BRP's history page on it's website located here. I have exclude all non-atv content and also added pictures to make it more interesting. I have also added a several events that I felt were noteworthy. You may agree or disagree, let me know in the comments at the bottom.

In February, Bombardier enters the all-terrain vehicle (ATV) market by introducing a prototype of its innovative ATV, the Traxter.


Bombardier's introduction to the ATV market wasn't at all along the same lines as the powerful performance ATV's they are now known for. No, they were going for utility and riders and riders with mobility issues. The Traxter's claim to fame was that the fuel tank and engine were moved back creating a void in front of the seat where the tank would typically be. This meant that you didn't have to swing your leg over the seat making it easier to get on and off. Many farmers, ranchers and tradespeople that were constantly getting on and off the machine found that there was less fatigue in their legs at the end of the work day and really liked this feature.
The Quest was introduced later, it was the same machine as the Traxter but with the addition of a CVT (Constant Variable Transmission) verus the semi automatic footshift of the Traxter.

1999 Traxter is named ATV of the Year

One year after it's introduction the Traxter is named “ATV of the Year” by ATV Magazine. An impressive feat for a new company showing it's Japanese competitors that they are here to stay and that they mean business.

1999 also sees the launch of a second Bombardier ATV model called the DS 650. The DS650 was a pure sport machine directed at those that were looking for performance. At the time, 650cc engines were not at all common in the industry. And the thought of an engine of that size in a sport ATV was especially insane.

As with the Traxter, Bombardier wanted to set themselves apart in the styling department and without a doubt the DS650 was a departure from the traditional sport ATV. History would seem to say that this risk backfired on Bombardier as it had a polarizing effect and you either hated it, or loved it.
More powerful, but also wider, longer and heavier than it's competitors. It seemed confused as to who it was to appeal to and by 2005 it's production was canceled.

On June 6, Bombardier opens an untapped market segment by introducing its Traxter MAX ATV, the first and only ATV with the manufacturer’s approval to accommodate two riders. 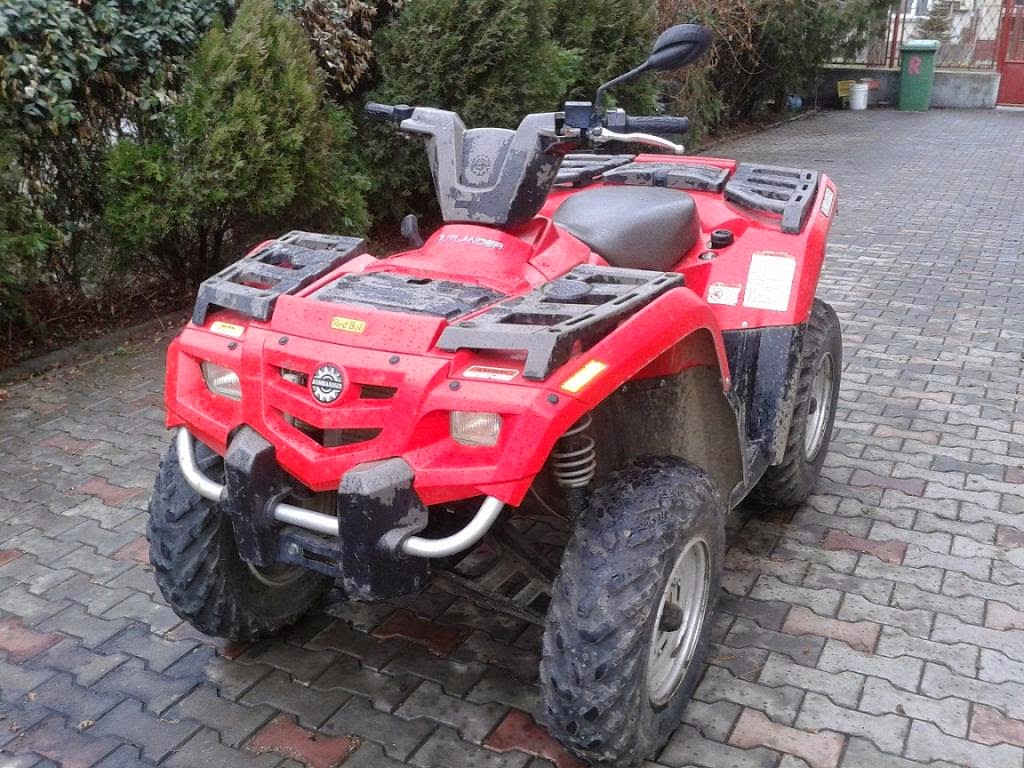 In January, the Outlander is named ATV of the Year by both ATV Magazine and Canada’s 2003 ATV Guide. 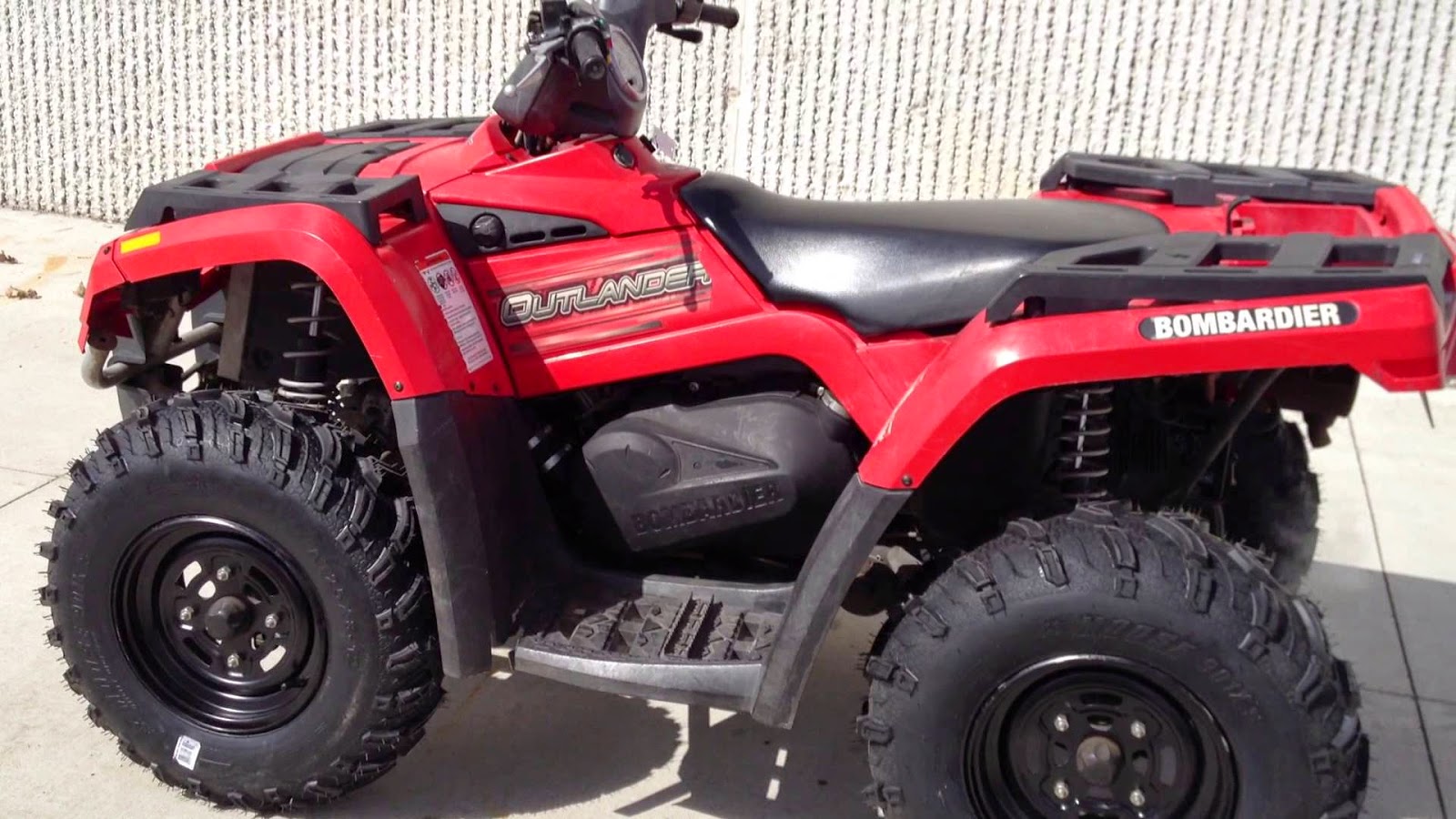 Check out ATV Television's Review of the all new Bombardier Outlander

In May, Bombardier Recreational Products introduces the Outlander MAX and Quest MAX ATVs, two new additions to the first full line-up of two-seater ATVs on the market.

In mid-June, BRP launches its new brand and signature: leveraging a rich heritage of entrepreneurial spirit and innovation with a renewed focus on providing consumers worldwide with uniquely crafted products that inspire passion and enthusiasm.

In January, Antoine Morel of France places first in the ATV category at the 27th edition of the famed Dakar Rally, after crossing the finish line on a DS 650X ATV. 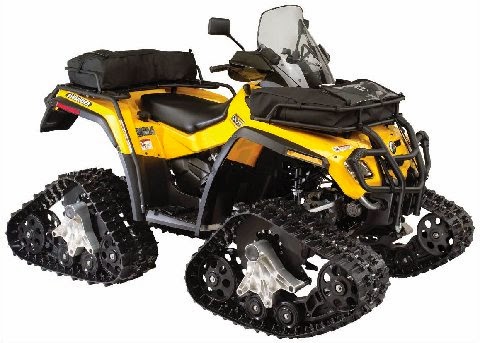 In October, BRP wins its first Utility Modified GNCC Championship with its Outlander 800 ATV which would later spark a streak that would see BRP earn an additional 12 GNCC ATV championships during the next four seasons of racing.

In May, Bombardier ATV becomes Can-Am ATV. BRP launches its 2007 all-terrain vehicle line-up and re-brands its ATV segment to Can-Am. The Can-Am name recaptures the spirit of BRP's unequalled performance, superb handling and advanced design that are unique in the industry.

2007 BRP introduces the Renegade to it's ATV lineup


Based on the Outlander chassis and engine the Renegade bridges the gap between the sport and utility market. It's bold styling is just a bold as it's performance. Initially offered with the potent 800cc engine it is later offered with the smaller 500cc add 1000cc engines in later model years. Although not the first sport 4x4 ATV it revives a segment of the industry thought to be dead.

BRP brings Can-Am DNA to the side-by-side market by introducing the 2011 Can-Am Commander line-up. The five model line-up with two engine options delivers on the Can-Am promise of cutting-edge design, meaningful innovation and a focus on convenience, maximum value and more usability for the consumer. 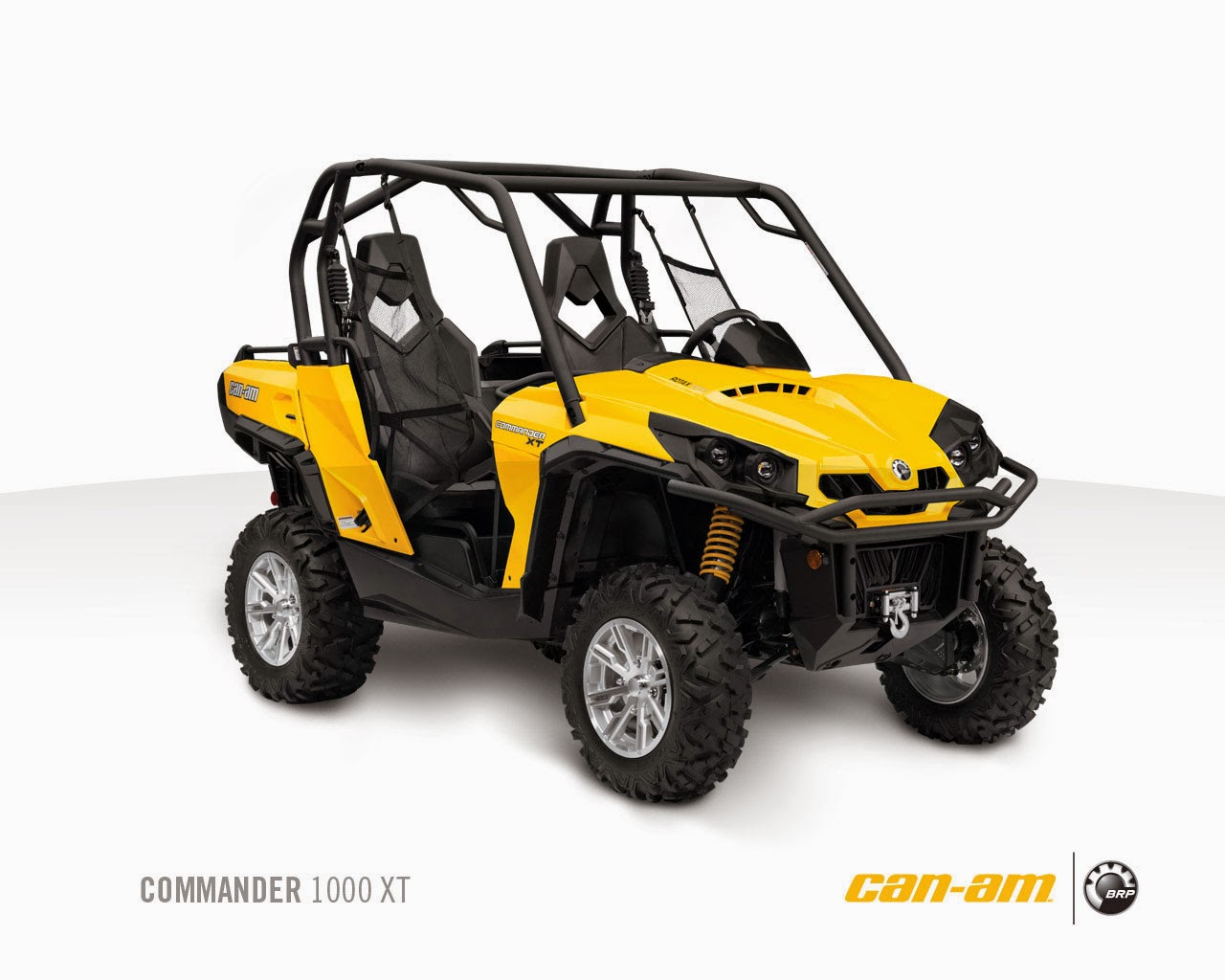 BRP receives the coveted 2011 “Best of the Best” Award in the Side-By-Side ATV category from Field & Stream magazine with its Can-Am Commander 1000 side-by-side vehicle.

This is the one everybody was waiting for. Consumer demand for a sport side by side was at an all time high and Can Am answered the call in spades. The Maverick wasn't just a sport Commander, it was an all new design with performance as it's foundation. Introduced with the 101hp 1000cc Rotax engine it was the reigning king for horse power. The Maverick was key in securing Can-Am's place as the power and performance leader in the industry. 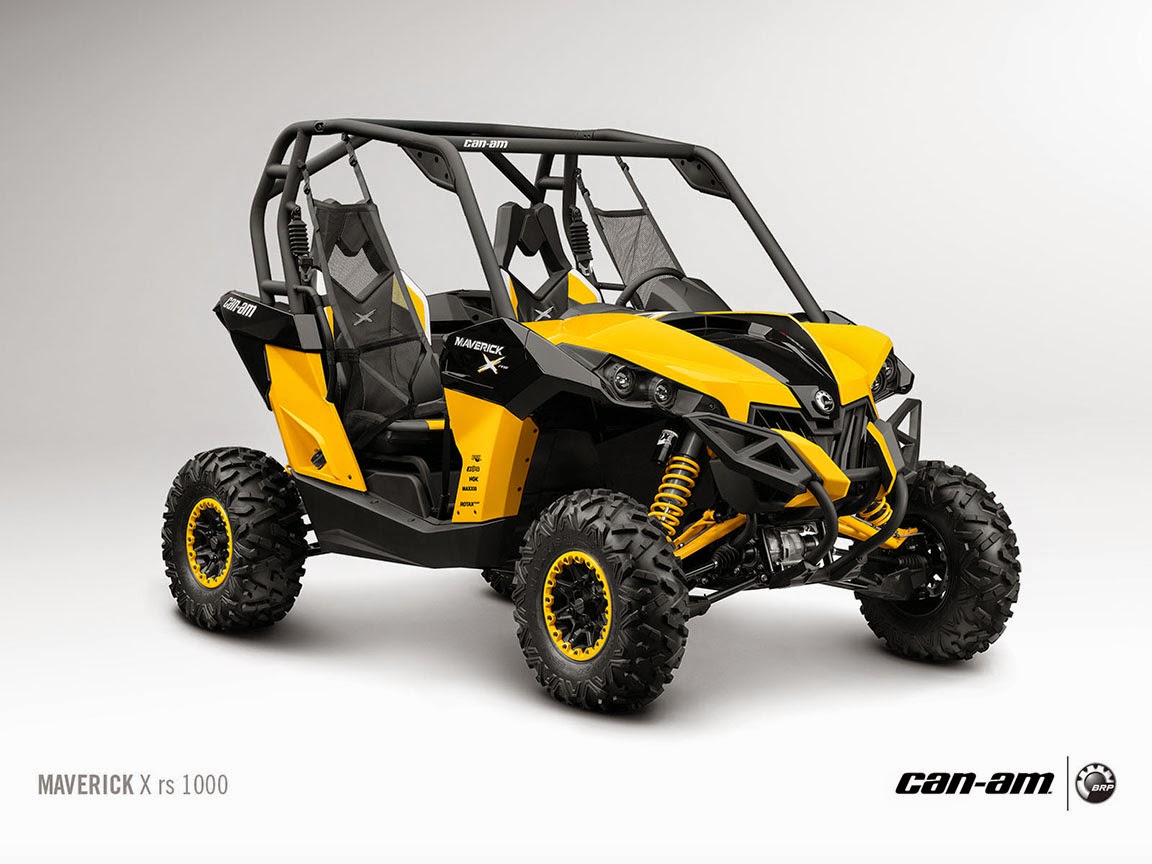 Included with the SST chassis redesign are subtle cosmetic changes for both the Outlander and Renegade but still keeping the same general design.

A huge surprise to everyone, Can Am introduces the Maverick X DS package. This package enables you to lead the pack with the most powerful two-seater sport side-by-side in the industry. Its 121-hp turbocharged engine option leads the way, and its rider-focused design and impressive handling provide a comfortable and confident ride. 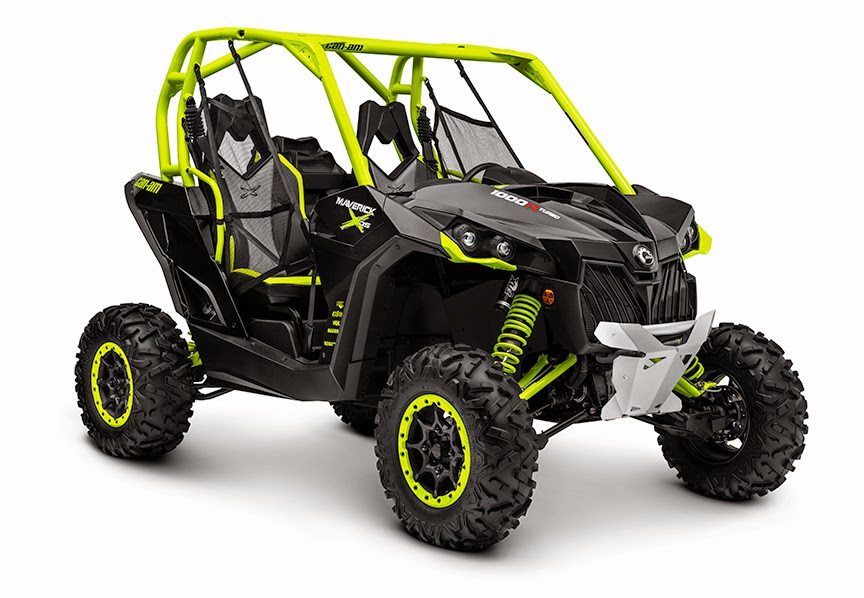 So what do you think? Anything missing? Please comment with what you think should be added to the list.